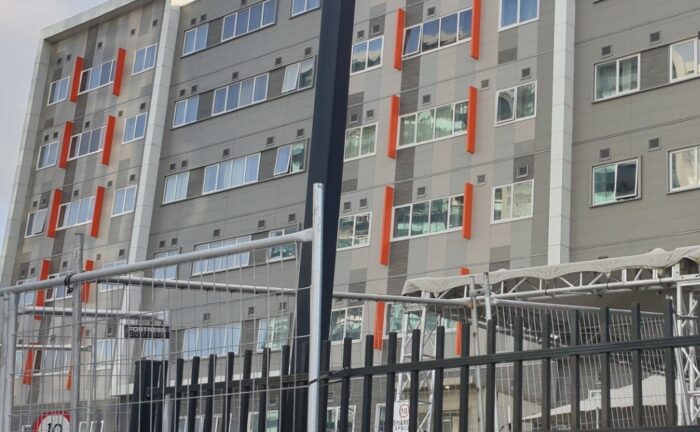 I didn’t think I was going to make it out of Laos. I got to the Vientiane airport 3 hours early and after 3 hours I still didn’t have a boarding pass. I was getting anxious.

I went to the airport at 7pm with two friends, one has been helping people exit Laos over the past year. The flight departure was 10.20pm. At 10.10 Lao Airlines had still not checked me in. Tonight was a display of utter incompetence. My connecting flight had to be confirmed. This was the case for everyone, so everyone’s passport and documents were taken to be checked. There was no system for this, just staff wandering roud looking for the owner of the passport when the boarding pass was ready to be issued.

Later, evidently I did not have a ticket, despite the Agent calling the airline multiple times confirming I did. And later it appeared Korea did not have me on their approved list of arrivals according to Lao Airlines.

One difficulty of living in a country such as Laos is firstly a language problem and secondly, a cultural difference. No-one came to advise me what the problem was. When I asked I did not get a straight answer. I had called Air New Zealand to confirm the flight, it took me less than 2 minutes to do this. For three hours I was totally in the dark as to what Lao Airlines were waiting for. The flight was delayed, I was one of the last few people to be checked in. The first two hour passed quickly, I didn’t expect such incompetency but I wasn’t totally surprised. By hour three, I was thinking I was not going to be allowed to leave.

I was delighted that I was issued a pass and luggage checked through to Auckland. The downside of boarding last was I was stuck in B (the middle of two men) with no room to sit comfortably on the 5 hour flight. It was one of my worst but I was just thankful to be on my way to New Zealand.

I arrived into Seoul at 3am Korean time and I had 12 hours to wait to the 3.30 flight to NZ. Most shops were closed. I sat at the gate and passed time on my phone, watched one movie, napped for 30 mins. I wondered how I would board with no boarding pass for the ICN to AKL flight, could I use my Air New Zealand e-ticket? I enquired at information (as there are no checkin counters on airside). My pass would be issued at the gate.

After 5 hours, the Korean manager at Air NZ came to look for me at the gate asking, “are you the guy from Laos”. He was super pleasant and I felt so relived they knew about my ticket. he told me he had been telling Lao Airlines yesterday that I was approved to fly and connect. So I am utterly baffled as to what Lao Airlines could have been checking. I can’t describe my relief that my ticket was fine, he had already tracked down my 1 piece of luggage and would issue my pass in a few more hours. The flight had about 30 people on it so there was plenty of room. I found out today this twice weekly flight from Seoul to Auckland is now monthly – so it seems I was lucky to get it.

When I saw the Air New Zealand staff appear at the gate in the uniforms I am not sure what I felt. A sense of relief and happiness came over me to be finally being able to go to New Zealand after so many months.

The staff gave me a drink and snack on arrival. I had no-one around me. We wore masks the whole time except when eating. Masks were changed 2-3 times during the flight for new ones. I recall Air NZ food being a little better than what was served, but it hit the spot.

I had a few tears on the plane, mainly about the relief to be able to return to my own country to see my family after 9 months of waiting. With only occasional charter flights leaving Laos (many which are cancelled) and if approved it has to align with a connecting flight that is allowed to transit and arrives on the same date a Quarantine Voucher is available for – all if which needs to be done in advance. It involves months of research and planning, and a bit of money too.

I felt sad to leave Laos last week. I was looking forward to being in New Zealand but up to know it has largely been a research a logistical exercise involving months of time. With so much out of my control and not being able to enter New Zealand, there was no point panicking about the inability to travel. Now that I was finally going the emotions of realising I would soon be arriving in NZ were quite overwhelming.

I left Vientiane Saturday 11pm and arrived in the and of the long white cloud Monday at 7am to a beautiful sunrise.

We disembarked the plane and walked to immigration where I showed my COVID-19 test result and arrival card to a health inspector and again to immigration just beyond her. I was told I was going to Hotel “B”. It’s in Auckland, to my delight. The process was quick and uneventful. I passed trough customs and was directed to a bus where we waited to be transferred to our Hotel in Manukau (very near the airport which is great). I was hoping I wouldn’t be bussed an hour to Hamilton or flown further south adding to an already long travel time. From waking to arriving it took me 44 hours.

At the end of this line, we discard the new mask we put on the bus and pick up another new face mask. This is the 4th new mask I have had this morning. On entry I point out my bag, show my passport, collect a permission form for another COVID-19 test later and was asked what I want for dinner tonight.

The building is protected by Military and Police. I took the lift to level 5 with my bag where my room is. One person in the lift at a time. But everyone touches the same lift button. I thought this was identified as a potential way to spread the virus back in March 2020. This seems not to be a concern here despite the need to change masks every few hours and sanitize hands everywhere. I guess we have sanitizer to wash after the lift. I unpack and have a much needed shower.

I got a call in my room to go and have a Day 0 COVID-19 test. The test took about 1 minute. The nasal swab seemed to be twirled around excessively. It seemed to be withdrawn and I thought it was over only to find it was still up my nose. Very unpleasant. I have 2 more tests to go in the coming 2 weeks.

In the online quarantine group discussions, almost everyone said to bring metal cutlery. I did and surprisingly I must be at the only hotel that actually supplies them. Note: Everything is disposable, no metal cutlery, no plates etc, but yet they do supply glasses and mugs, so there is no real consistency The Nespresso was a welcome surprise, despite the waste it creates. I’ve already out this to the test a few times.

I was hoping some food would arrive. I felt like my head was spinning having not had any sleep in 48 hours. New Zealand is 6 hours ahead of Laos. I had a nap around noon. I as feeling light headed perhaps from last of sleep in the past 48 hours.

I am feeling bored already. And it’s day 0 or quarantine. I have read others experiences, some day day 5 or 6 is the toughest, others day 12 as from day 12 to 14 you are not allowed out of the room at all (must like today).

We will find out in due course.