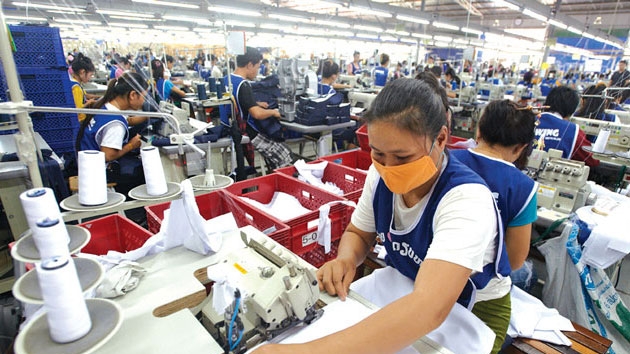 It seems a common theme in recent reports about Laos loosing out on work opportunists due to a poorly skilled workforce despite in past years being able to secure such investment. The World Bank Climate Assessment report made similar conclusions about the low productivity rate of Lao workers and shortage of skilled workers, including English. it is for this reason that I put my effort into supporting Lao people learning English and computing skills.

Productivity is estimated to be about half what would be expected for a country at this level of development. There has been almost no observable growth in labor productivity during the last decade. In addition, labour costs per worker which include wages, salaries and bonuses have experienced a 70% increase between 2009 and 2012, but without growth in productivity.

The VNA Article is below.

A grave labour shortage in Laos has spelled doom for the country’s garment industry since 2012 after a robust growth during 2003-2011, according to the Association of the Lao Garment

Dwindling supply of labourers and lack of skillful workers have caused investors to shift their capital to neighbouring countries, especially Cambodia, Myanmar and Vietnam, said President of the association Xaybandith Rasphone.

He also attributed the decline in garment industry to a wide range of job options in the growing service sector in the country, which makes garment become unattractive to local labourers.

Currently, there are 92 garment factories operating in Laos, six less than 2014’s figure. 60 factories of the total make apparel for exports, mostly to the EU, the US, Canada, Japan and some ASEAN countries.

Last year, the country raked in US$174.2 million from shipping garment products to foreign nations, tapering off 7.25% from 2014.

Xaybandith Rasphone highlighted that the association will give a push to the apparel production for domestic market while reducing imports. In addition to issuing policies and mechanisms to support business activities in garment industry, the association will make efforts to call for further investment in the sector.