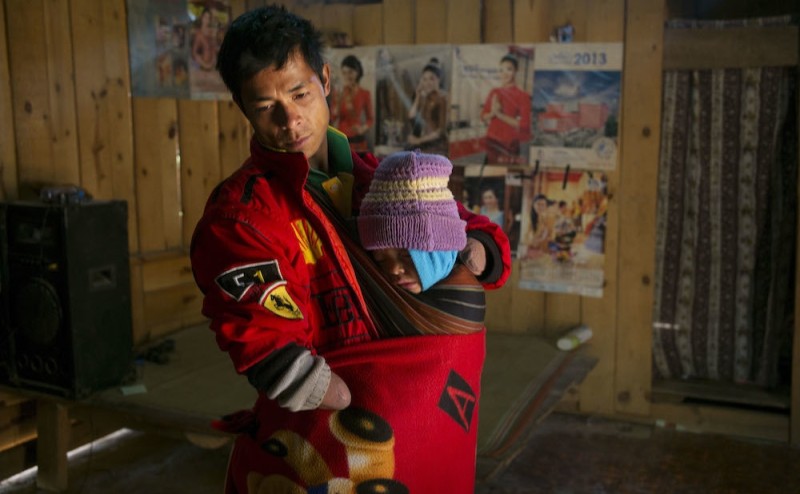 Meeting the Laotians Clearing Their Country of America’s Unexploded Bombs

Members of the Mines Advisory Group in the field (Photo: Sean Sutton/MAG)

The nation of Laos has been shaped by war. The country was dragged into the US-Vietnam conflict in 1953 when the Vietnamese-backed communist forces Pathet Lao began fighting for leadership, aiming to oust the Royal Lao Government. America responded by training around 30,000 Laotian tribesmen, mostly from the Hmong tribe, to go to war against the communists. As both the US and Vietnam had signed a treaty specifying Laos’ neutrality, official details about America’s involvement were vague, leading the press to dub the conflict the “Secret War”.

What was certainly a secret at the time was what would become the most substantial bombing campaign in history. From their bases – largely in Thailand – between 1964 and 1973, the US dropped more than 2 million tons of ordnance on Laos, equivalent to a planeload of bombs every eight minutes, 24 hours a day for nine years. Many of these were dropped simply because no targets could be pinpointed and it wasn’t safe for planes to land with their payload still in tow. With up to a third of the shells failing to detonate, over 20,000 people have been killed or injured by UXO (unexploded ordinance) in Laos since the bombing ceased.

One of the areas hit hardest by the war was Xiengkhouang Province on the rolling Central Plains. Built in the late 1970s to replace the old provincial capital, which had been bombed out of existence, I first travelled to the regional capital of Phonsavanh – literally, “Hills of Paradise” – in 2009. A concrete grid town of bullfights and cowboy hats, some of the dust-caked buildings were crumbling already.

I’d travelled to UXO-littered Phonsavanh to interview Sousath Phetrasy, whose father was a high-ranking official in Pathet Lao, which eventually managed to overthrow the Royal Lao Government in 1975. With the communist victory, the last king of Laos “disappeared” into a re-education camp, never to be heard from again; a 600-year-old dynasty coming to an abrupt end. Predominantly in the royalist camp, the tribesmen who’d fought America’s proxy war took to the jungles after being abandoned by their backers. Some turned to a cargo cult about a Jesus who would rise again wearing fatigues, riding a jeep and toting a machine gun.

“My father, Soth, was the Pathet Lao’s spot man, their fixer,” Phetrasy explained. “He was their spokesman and later became ambassador to the Soviet Union. When the king was sent for re-education, he stayed in my father’s house. They treated him like a regular civilian prisoner. He was furious.”

King Savang Vatthana’s death has never been reported in Laos. Rumoured to be buried in an unmarked grave near the Sop Hao re-education camp, he spent his twilight years separated from his wife and children, a lonely and broken old man. Long since abandoned by the Americans, the last holdouts of the Hmong resistance finally surrendered to the Laotian authorities in the mid-2000s.

“The Hmong came out of the jungle and fainted from hunger,” Phetrasy told me. “They’d been living on boiled roots for years.”

Only with the Hmong’s surrender did the last knockings of the Vietnam War come to an end, but the havoc wreaked by the conflict continues to cast a shadow over Laos.

A former gold smuggler and opium dealer, Phetrasy ran the Maly Guesthouse, its walls decorated with discarded munitions. His life’s work, though, had been to open up Phonsavanh’s mysterious Plain of Jars to tourism.

The crater-pocked Plain of Jars takes its name from the giant sandstone vessels that have been lying there for thousands of years. Nobody knows what their original purpose was. Some archeologists argue they were tombstones or burial urns, while a local legend maintains they were cups that a race of giants drank hooch from. In his efforts to make tracts of the plain safe, Phetrasy and his family cleared 2,500 kilos of UXO by hand before assistance arrived.

“There are still millions of bombs waiting,” he told me. “The Americans painted them like fruit so children would pick them up. We have a song in schools now, the ‘bombie song’, explaining the dangers. Because of the war, I feel such rage all the time.

Sometimes I have to take my M16 into the fields and just shoot until it passes.” A few months after our conversation, the nervous and animated Phetrasy died of a heart attack.

Nowadays, a row of new ATMs line the main drag in Phonsavanh. Modernity is coming to the land that time forgot. In the centre of town, near a restaurant called Craters, the Mines Advisory Group (MAG) and the Quality of Life Association stand alongside rival operators vying for the spoils of war tourism. In a country where an estimated 35 percent of the territory is contaminated with UXOs, in the absence of other gainful employment the debris left behind presents an opportunity of sorts.

South of Phonsavanh, Keola – a gaunt guide in faded khakis – showed me around some of the Secret War sites. The ground covered with UXO, we carefully picked our way along a winding trail scattered with mortar shells and cluster bomblets.

“When we were children, we thought the bombs were toys,” he said. “We played catch with them, until one day my friend caught one and it exploded in his hands.”

Stopping to survey a discarded tank, Keola laughed half-heartedly. “There used to be many tanks,” he said, “but now this is the only one left in this area. I pay the villagers not to break it up for scrap.”

Throughout Xiengkhouang, detritus from the Secret War has been given a new lease of life. Bomb casings have been reimagined as cattle troughs, barbecues and struts for stilt houses, smaller scraps of metal shaped into cutlery. In a Hmong village, the wing of a plane has been reborn as a garden fence.

I asked Eva Hegedus, MAG’s Programme Officer for Laos, how difficult it is to press home the dangers apparent in recycling prospectively valuable materials.

“The great majority of Laotian people are well aware of the presence of UXO and the risks posed,” she told me. “Yet, the high level of poverty often leaves them without a choice and forces them to use their land, even if they know or suspect it to be contaminated, or to engage in other risky activities, such as scrap metal collection.”

“I was collecting scrap metal in April 2010,” 25-year-old Kek recounted through Sean Sutton, International Communications Manager at MAG. “I hit some metal in the ground when I was digging and it exploded. It was just before New Year and we really needed the money for the celebrations, as we are very poor. Next thing I remember after the explosion was waking up in hospital. I had lost both of my hands and had injuries all over me. One eye is nearly blind. I have been married since 2008 and things were good with us. But since the accident my wife has to do everything and it is very hard.”

Around Phonsavanh, bomb craters with a circumference of up to a hundred metres stretch for miles, often overlapping. Each containing 540 ball bearings capable of ripping through anyone within a mile radius, cluster “bombies” still lay in wait for victims. Into this environment, non-profit groups such as MAG have brought a renewed sense of hope. Training locals in the skills necessary to clear ordinance and enable farmers to resume cultivating their land without fear, the organisation currently employs 427 Laotians who otherwise might well be unemployed. Though it remains impossible to quantify exactly how much of the country is still contaminated, MAG alone has destroyed and removed over 185,000 UXO in Laos since 2004.

“I don’t know what my life would be without MAG,” Deputy Mine Action Team Leader Nitta Duangdal explained. “It would be very difficult. The work we do is incredibly important – we help poor people, we save lives.”